This is Your Sport 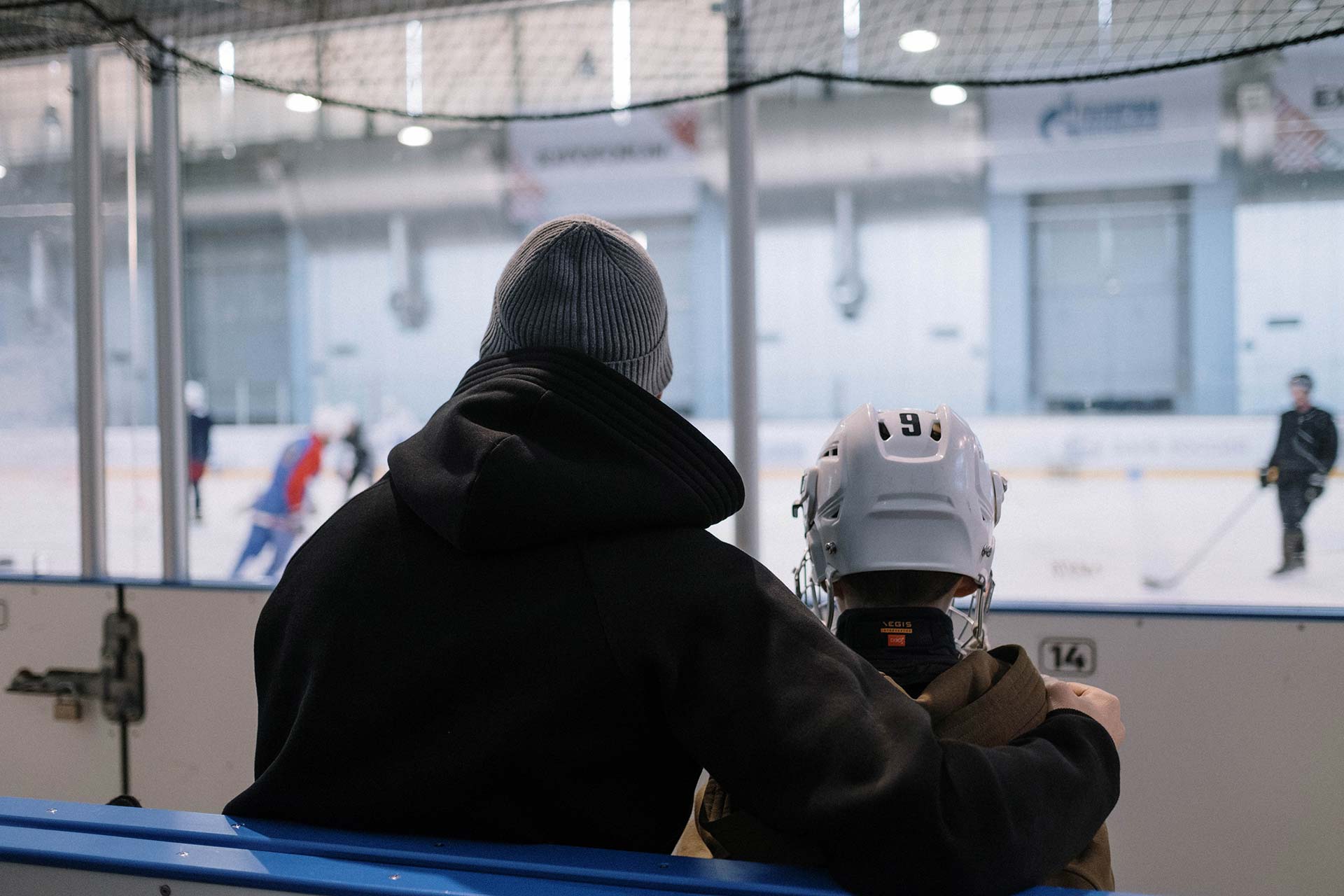 On November 18, 2020, at a Special General Meeting of SPORT4ONTARIO, the Board of Directors stepped down and a new slate of Directors was voted in by membership to guide the organization moving forward in a new direction.  A sincere thank you the outgoing board members for their past service, Laura Lukewich, Oscar Johvicas, Christopher Lowcock and the late George Potter. SPORT4ONTARIO is a not-for-profit non-partisan organization dedicated to the promotion of sport and physical activity in Ontario.

The new Board is excited to connect with all members of the Ontario sport community including PSOs (summer, winter, individual, team, combative, disability), MSOs (CAO, CSIO, etc.), School Sport Organizations (OUA, OCAA, OFSAA, etc.), and other sport groups including the Indigenous Sport and Wellness Ontario, Special Olympics Ontario, and others. The goals of the new Board are to develop a strong connection with the sport community, act on contributions of the sector, speak as a collective voice on the strength of the Ontario sport sector and be an agent for change.  Ontario’s sport sector has incredible potential, and this experienced group of sport leaders is up to the challenge.

“Sport4Ontario will be an important advocacy, planning and coordinating voice for sport as we confront COVID-19 and its impact on our young athletes and sport organizations”, said the Honourable Minister Lisa MacLeod, Minister of Heritage, Sport, Tourism and Culture Industries.  “I am excited to work with the new Board of Directors as they continue their legacy of a productive relationship with the Ministry of Heritage, Sport, Tourism and Culture Industries.  I look forward to supporting their efforts to bring innovation to sport in Ontario.”

Established in 1998, SPORT4ONTARIO has provided the collaborative environment, knowledge and resources to build capacity and drive leadership excellence in the Ontario sport community. SPORT4ONTARIO also oversees the National Sport Trust Fund – Ontario. This initiative allows PSOs/MSOs and their members to establish revenue generation programs for which charitable tax receipts are provided for qualifying donations (recognized by the CRA).

The COVID-19 Pandemic has had a severe impact on all aspects of sport in Ontario, and the new Board of Directors will develop strong relationships and work together with staff and officials at the Ministry of Heritage, Sport, Tourism and Culture Industries, and other government leaders to implement strategies to help revive the sport sector.

Immediate next steps by the Board includes revising by-laws, and most importantly establishing committees as well as a number of Working Groups made up of members from the sport community. The membership will also be deeply engaged in the development of a Strategic Plan. The Board will also seek to align with similar provincial entities across the country and with the national sport system. More information to come as new developments unfold.

“This is a critical moment in time as we find our way through the pandemic and we know sport is a unifying factor in our communities, our provinces and our country. SPORT4ONTARIO has done great work and we’re hoping to build from that. Our young athletes, technical leadership and volunteers deserve the best system possible and we’re looking forward to being a part of that,” said Board Chair, Michele O’Keefe.


Board of Director Board Bios

Michele is currently the Associate Director, Athletics & Recreation at Niagara College in Welland, Ontario for the last two years. Prior to assuming this role in her hometown, Michele spent much of her career at Canada Basketball starting in 1994 as a program coordinator. She was named president and CEO of Canada Basketball in 2015. She has been a member of the FIBA Americas Board since 2010, FIBA Central Board since 2014 and is a member of the Canada Summer Games Niagara 2022 Board of Directors.

During her time at Canada Basketball, Michele steered the NSO to become a consistent contender to host meaningful competitions (2015 Olympics qualification, etc). Not only does hosting provide a home court advantage, but there is always the opportunity for an inspiring legacy.

While much of Michele’s professional career has been spent in basketball, she was also a member of the Canadian Team Sports Coalition executive for six years and has been invited to speak and participate in many leadership conferences in Canada and abroad. In 2015, she was named one of the Most Influential Women in Sport by CAAWS (now Canadian Women & Sport) and in 2018, she received a Canadian Sport Leadership Award from AthletesCAN.

Michele spends a lot of time working on the pipeline for building future sport leaders.

Johnny’s professional career in sports has spanned over 35 years and he is very passionate about everything playground to podium. Johnny currently serves as the Chief Executive Officer of Ontario Soccer where he oversees and leads the strategy and operations of programs and services for a membership of 450,000 participants. Before this time, Johnny served as the President of Canadian Tire Jumpstart Charities and as Director of Technical Leadership for Canada’s Own the Podium Program.

Much of Johnny’s professional career has been in hockey, primarily in a senior executive capacity for Hockey Canada. There he was responsible for overseeing and leading Canada’s National and Olympic and Paralympic Teams as well as leading development programs across Canada. Johnny has served on management staffs of five gold medal Olympic hockey teams at the 2002, 2006 and 2010 Winter Olympics and Paralympic Games as well as nine gold medal World Championship teams and a World Cup. Johnny is a graduate from the University of British Columbia and has worked in the sport systems in British Columbia, Alberta and Ontario.

Debbie has worked in the Ontario sport system for over 30 years and is currently President and Chief Executive Officer of the Canadian Sport Institute Ontario (CSIO) serving in this position since November 2005.

Debbie was recently appointed as the Co-Chair of the Minister’s COVID-19 Advisory Panel for Amateur Sport and Recreation with a mandate to assess the impact of the pandemic on the sector and to provide input on potential innovative approaches the sector can take as it emerges from the COVID-19 pandemic.

Andrew Backer professional career in the Ontario Amateur Sport Sector has spanned over 20 years with four different Provincial Sport Organization. He is currently the Chief Executive Officer with Row Ontario overseeing the strategy, finances and operations of the Association for its 6,000 participants.  Andrew formerly served as CEO/ED at both Rugby Ontario and Softball Ontario and was also on the Senior Leadership team at the Ontario Soccer Association.

Andrew is very passionate for everything amateur sport and has been volunteering in the sector either locally or provincially for over 20 years.

Cyril is one of the original founders of the Ottawa Senators Hockey Club and was with the team for 27 years in various capacities including 15 years as COO and President.

In 2011, Cyril was elected into the Fellowship of the Chartered Professional Accountants of Ontario, the highest designation within the Institute. He has also been recognized for a number of awards including 2006 Ottawa Tourism Leader of the Year, 2008 Ottawa Business Person of the Year and the 2015 EY Entrepreneur of the Year Award for Community Service. Cyril received the Order of Ottawa in 2017 and has been inducted into both the Ottawa and Brockville Sports Hall of Fames.

Along with his current role as CEO of the Myers Automotive Group, Cyril is currently serving on the Board of Hydro Ottawa, Ottawa Board of Trade and The Ottawa Community Foundation.

Jeremy is the Executive Director of the Coaches Association of Ontario and has been with the organization since 2006. Before joining the CAO, Jeremy gained valuable experience with the Maple Leaf Sports and Entertainment, the University of Waterloo Athletics and Recreation Department, and the Orlando Magic in the Community and Government Relations department.

Formally one of the Canadian Senior Men’s National Basketball team managers and was in that role from 2006-2016. Jeremy is currently coaching at Toronto Lords Basketball Club with a variety of young athletes. Jeremy graduated from the University of Waterloo, and strives to get others involved, to set people up for success, strategize and execute the game plan.

Myles Spencer is the Chief Executive Officer of Rugby Ontario, having joined the organization in October 2019. Myles’ career in Canadian amateur sport spans over 14 years. After graduating from Acadia University in Wolfville, Nova Scotia, he began working for Rugby Canada, the national governing body, serving in various roles over an 11-year period, the last six as Chief Operating Officer.

He is presently an elected Individual Member of Commonwealth Sport Canada, where he supports the organization by serving on two committees, including as Chair of the Nominations & Elections Committee and as a member of the Governance Committee. He has also supported other national sport organizations in consulting and committee roles, including with U SPORTS, Volleyball Canada and Water Polo Canada. In 2016, Myles was selected to participate in the Canadian Olympic Committee’s first-ever National Sport Federation Emerging Leaders Program. Before joining Rugby Ontario, Myles spent a year with True Patriot Love Foundation – Canada’s premier charity supporting military service men and women, veterans and their families.

With a diverse background and working knowledge of the sport and not-for-profit sectors, he is recognized for his strengths as a relationship builder, strategic thinker and collaborative leader.

Fran has been involved in women’s hockey, as a player, coach or volunteer for over 50 years. She is currently President and CEO of the Ontario Women’s Hockey Association, an organization committed to the mental and physical health of participants and to increasing support for girls’ and women’s sports. Fran is a leading advocate for women’s hockey and played an integral part in lobbing for the creation of a women’s world championships and acceptance into the Olympics which became a reality with the first-ever Women’s World Championships in 1990 and the Olympic Winter Games in 1998.

Gord is the President & Chief Executive Officer of Ontario University Athletics (OUA), a role he has served in for the past six years. Throughout his professional career, Gord has been well engrained in the university sport scene, with nearly two decades of experience in the sport industry in an executive role, having previously worked at the university and national level as well.

Prior to joining the OUA, Gord was the Chief Marketing Officer at U SPORTS, the national governing body of university sport in Canada. His university sport roots, however, go back even further, having spent time at Mount Allison University before joining the University of Windsor, wherein he served as the Director of Athletics and Recreation for 11 years.

Gord earned his Bachelor of Mathematics (BMath), Business Applications from the University of Waterloo before venturing south of the border to the University of Michigan to earn his Master of Science (MSc) in Sports Management.

The Ontario Sport Network (OSN) is excited to announce that it is launching the development of a new Officials Strategy.

The Ontario government is investing $30 million to stabilize Ontario’s sport and recreation sector, help offset increased costs as a result of COVID-19 and support the sector’s future recovery in communities across the province.

Ontario Sport Network would like to thank and express their appreciation to Christopher Lowcock.