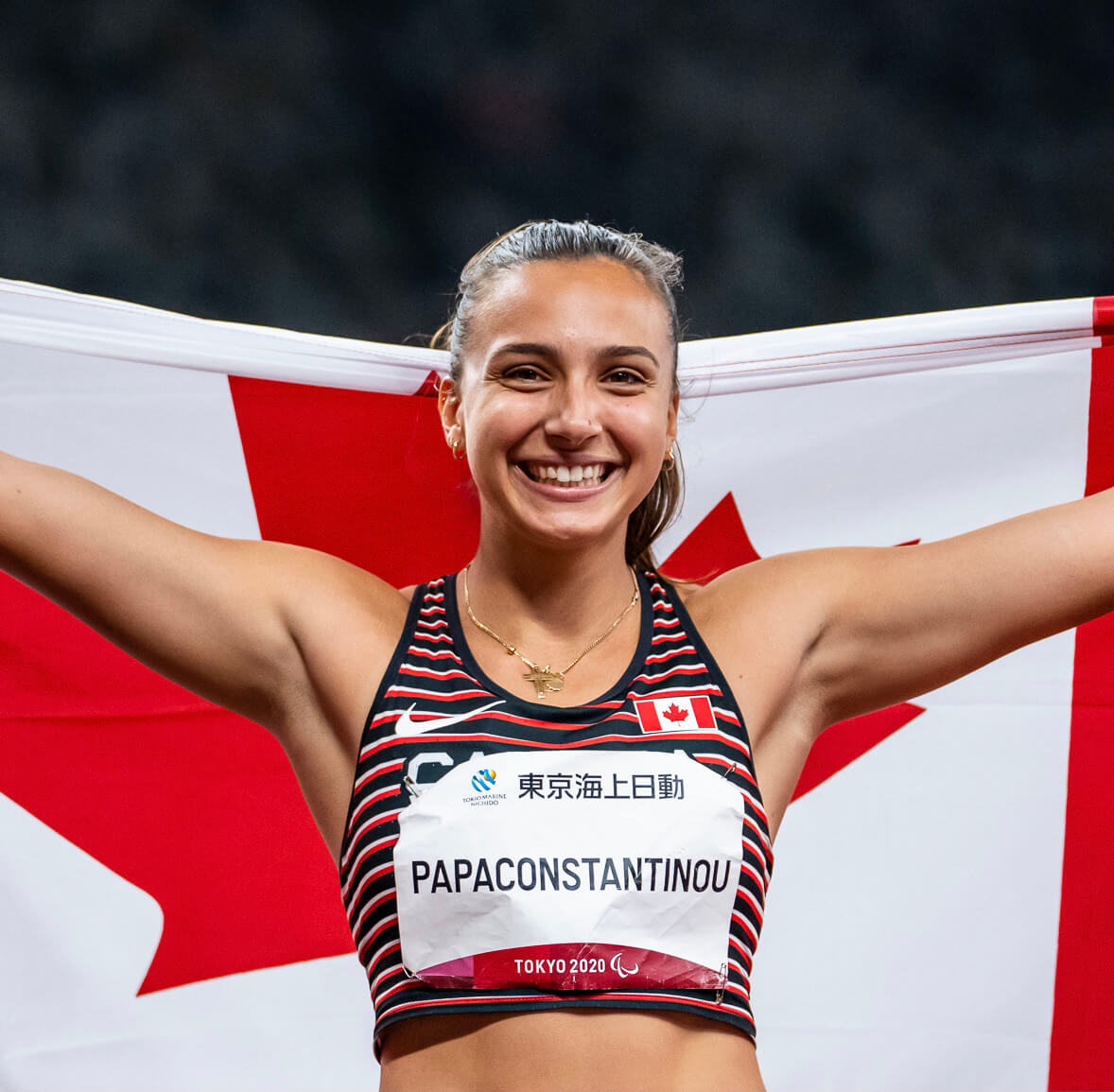 Being born without a right foot has never got in the way of Marissa Papaconstantinou pursuing what she wanted to achieve in life.

Originally a soccer and basketball player, Marissa fell in love with track after being fitted for her first running prosthetic (blade) at the age of 12 at Holland Bloorview Kids Rehabilitation Hospital (whom she is currently a proud ambassador for). Marissa joined a local track club in Scarborough, the city she calls home, becoming a Canadian record holder just a year later. She competed in her first World Championships at 16 years of age, making it to the finals of both the 100m and 200m.

At the 2016 Paralympics in Rio, Marissa finished 9th in the 100m but was disqualified during the 200m finals for stepping on the line. Seeking redemption at the 2017 World Championships, Marissa placed 6th in the 100m. Then while sprinting to the finish line in podium position in the 200m, Marissa tore her hamstring. Despite agonizing pain and heartbreak, she got up and finished the race in dramatic fashion, with the support of 40,000 cheering fans. Images from that moment went viral on social media all around the world.

Fully recovered from her injury, Marissa carried the momentum from a Canadian record T64 200m run set at the 2021 Toronto High Performance Twilight event to an incredible performance at the Tokyo Paralympics. Breaking the Canadian record again with a 27.08 second run in the T64 200m event, Marissa went on to a win a Bronze Medal in the T64 100m event with another personal best and Canadian record time of 13.07 seconds.

Off the track, Marissa is studying sports media at Ryerson University with aspirations of becoming a sports broadcaster. She is also a proud dog mom to Myles, a cockapoo. Marissa is an experienced public speaker sharing her messages and experiences to youth about never giving up, resiliency, and believing anything is possible.